In September 2021, Megan Piphus Peace was cast in Sesame Street playing the role of Gabrielle, a 6-year-old puppet. In 52 years of the show airing, she is the first black female puppeteer. 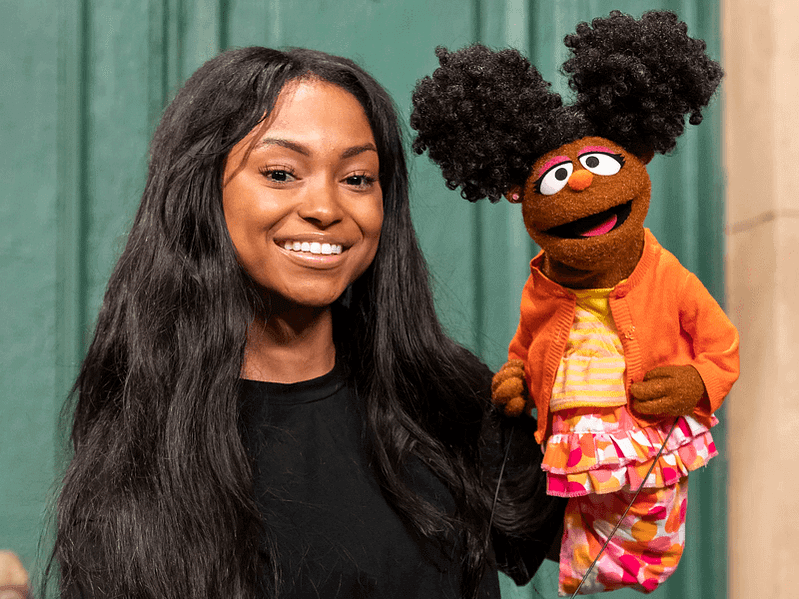 Megan Piphus Peace’s first performance with Sesame Street was in 2020 on a special with CNN. After a year of training in Muppet-style puppetry, she was cast on the show in September 2021 playing the role of Gabrielle, a 6-year-old puppet.

Prior to Megan was Kevin Clash, a black male puppeteer who was on the show in the 1980s. Not until 2021 did the first black female puppeteer, Megan, join, after 52 years of Sesame Street being aired.

Megan Piphus Peace said that “It’s not very often that you see women puppeteers in general and also Black women puppeteers. I can probably count on one hand the number that there are.” She hopes that her new position will open more doors for women and people of color.

“I want her [Gabrielle, the 6-year-old puppet] confidence to just shine through the screen so that little girls and boys around the world are filled with confidence in themselves.”

As a 2021 recipient of the Sony Alpha Female+ Grant, actress and filmmaker Gabrielle Mariella was given 5 weeks to create a short film from start to finish. Featuring interviews from 5 groundbreaking women, ENOUGH seeks to celebrate and amplify the voices of women on Broadway creative teams, and to inspire young women to pursue a career in theatre as a creative.

Though women shine on stage, behind the scenes of Broadway productions still lies a stark gender imbalance. In the past two decades, the percentage of women on Broadway creative teams in almost every category remains under 30%, many still in the single-digit, and for women of color, often entirely invisible. let’s change it.