Netflix’s spin-off of The Addams Family, Wednesday, has been celebrated for its cast of mostly Latine actors. Jenna Ortega’s lead role as Wednesday defies the odds against latine representation in shows & films. 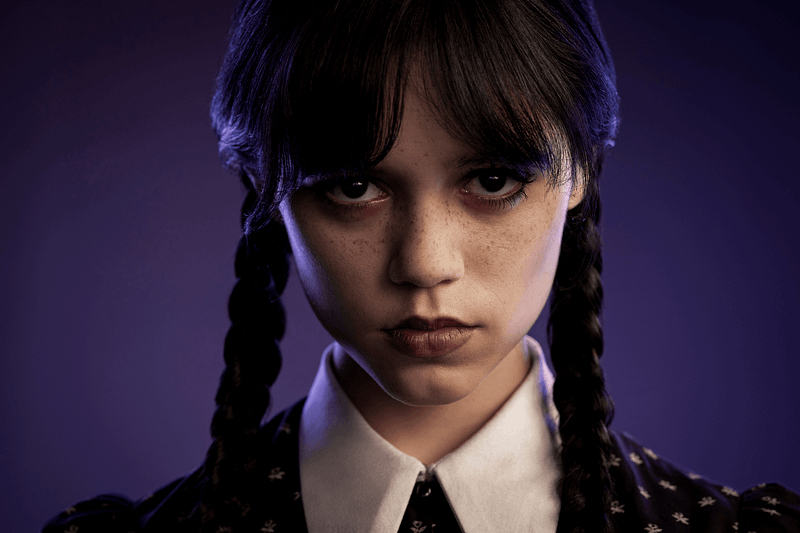 Since its release in November, Wednesday, Netflix’s spin-off of The Addams Family, has been celebrated for its cast of mostly Latine actors. Mexican-Puerto Rican actress Jenna Ortega’s lead role as Wednesday is defying the odds against latine representation in shows & films. According to UCLA’s latest Hollywood Diversity Report, Latine represents only 3.1% of lead actors in TV shows and 2.1% of co-lead actors. (Source: CBR)

In the 1991 and 1993 versions of The Addams Family, Raul Julia, a Puerto Rican actor, was cast as Gomez Addams to reflect the character’s Latine heritage. Gomez has been Latine for 50 years, but it wasn’t until the 2022 series Wednesday that the entire family was also cast as Latine. (Source: CBR)

Who is Wednesday Addams?

Jenna Ortega, Wednesday Addams in the new series, said that “Wednesday is technically a Latina character that’s never been represented.” The Addams Family’s theme of being social outcasts who don’t “quite fit in” with American society is enhanced by their Latine heritage. (Source: CBR)

More Than a Role.

For Ortega, it was vital to bring parts of her heritage to the character. Being able to speak through Wednesday allowed her to use her voice in a way she never had before. Wednesday deepened Ortega’s understanding of how her portrayal affects the Latine community. (Source: HUFFPOST)

“As someone who struggled to see themselves represented in film and TV growing up, anytime I can take the chance to do a character like this and have her represent my community like Raúl Juliá in the ‘90s, that’s really empowering.”

The World Through Our Eyes